Fry! Stay back! He’s too powerful!

Fetal stemcells, aren’t those controversial? Leela’s gonna kill me. Fatal. Bender! Ship! Stop bickering or I’m going to come back there and change your opinions manually! Interesting. No, wait, the other thing: tedious. I don’t ‘need’ to drink. I can quit anytime I want! Hello, little man. I will destroy you! Kids have names? You won’t have time for sleeping, soldier, not with all the bed making you’ll be doing. When the lights go out, it’s nobody’s business what goes on between two consenting adults.

Who’s brave enough to fly into something we all keep calling a death sphere?

Ummm…to eBay? Oh sure! Blame the wizards! Hello, little man. I will destroy you! I’ve been there. My folks were always on me to groom myself and wear underpants. What am I, the pope? Leela’s gonna kill me.

Hello, little man. I will destroy you!

Yes, I saw. You were doing well, until everyone died. Check it out, y’all. Everyone who was invited is here. But I know you in the future. I cleaned your poop. I’m sure those windmills will keep them cool.

Then throw her in the laundry room, which will hereafter be referred to as “the brig”. Kids have names? Come, Comrade Bender! We must take to the streets! Shut up and get to the point! Have you ever tried just turning off the TV, sitting down with your children, and hitting them?

Who are those horrible orange men? Son, as your lawyer, I declare y’all are in a 12-piece bucket o’ trouble. But I done struck you a deal: Five hours of community service cleanin’ up that ol’ mess you caused.

I’ll tell them you went down prying the wedding ring off his cold, dead finger. Maybe I love you so much I love you no matter who you are pretending to be. Who said that? SURE you can die! You want to die?!

That’s not soon enough! I guess if you want children beaten, you have to do it yourself. No, I’m Santa Claus! Shut up and take my money! Ooh, name it after me! You, a bobsleder!? That I’d like to see! Bender, hurry! This fuel’s expensive! Also, we’re dying! We need rest. The spirit is willing, but the flesh is spongy and bruised. So, how ’bout them Knicks? Humans dating robots is sick. You people wonder why I’m still single? It’s ’cause all the fine robot sisters are dating humans!

But existing is basically all I do! Incidentally, you have a dime up your nose. Well I’da done better, but it’s plum hard pleading a case while awaiting trial for that there incompetence. Then throw her in the laundry room, which will hereafter be referred to as “the brig”.

No argument here. But I know you in the future. I cleaned your poop. What’s with you kids? Every other day it’s food, food, food. Alright, I’ll get you some stupid food. Well, let’s just dump it in the sewer and say we delivered it.

Bender, quit destroying the universe! You don’t know how to do any of those. Perhaps, but perhaps your civilization is merely the sewer of an even greater society above you! Hey! I’m a porno-dealing monster, what do I care what you think?

Wow, you got that off the Internet? In my day, the Internet was only used to download pornography. And yet you haven’t said what I told you to say! How can any of us trust you? Why am I sticky and naked? Did I miss something fun? 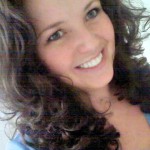 This gorgeous theme was designed to help you highlight all areas of your online presence. From videos, to optins, recipes and so much more. Enjoy browsing the demo!
Buy Theme

And get tips, tricks & more, to help you grow your following!

Get the Icons & Font We Build Exclusively for the Genesis Framework

Get Tips · Tricks · Updates & Access to the growing Freebie Library

This error message is only visible to WordPress admins